Three things I learned from doing a TEDx talk 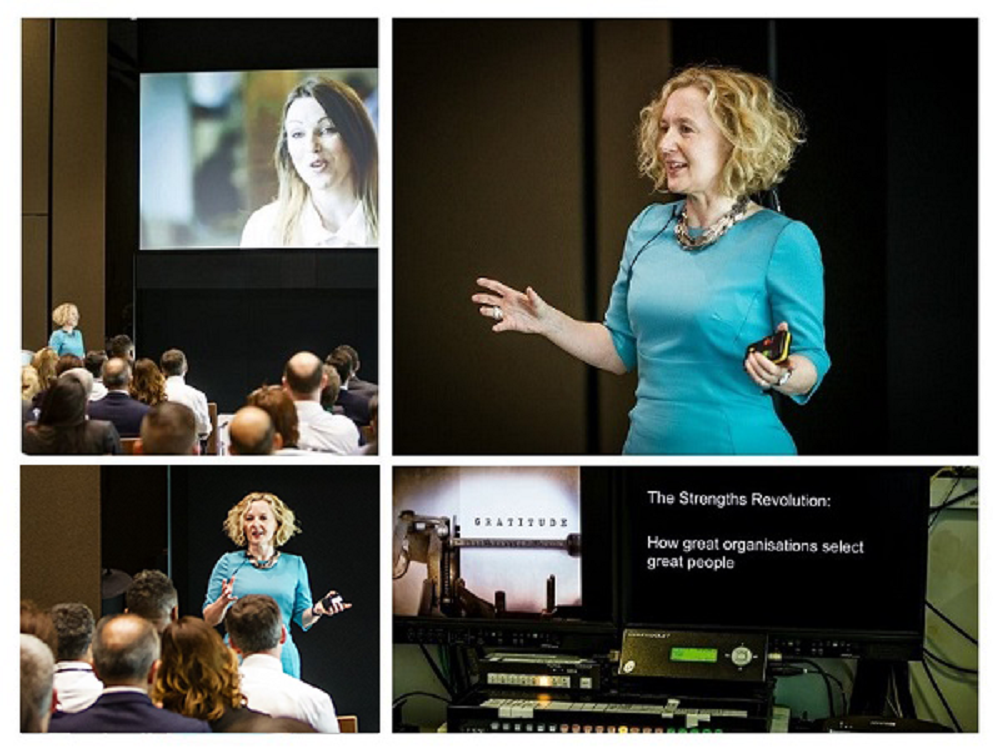 TED talks are so powerful and look so effortless don’t they? I delivered my first one at a TEDx event last week in London. And now I can vouch for the fact that they are far from effortless, and that to create one with punch takes huge amounts of work and time!

The rules of TED are that the talk has to be 18 minutes long, it has to contain one core idea, and it has to be delivered without notes. TED talks are not spontaneous, even though the great ones look that way. They are carefully scripted, polished and rehearsed. The art is to make a very well-honed and practised talk feel heartfelt and fresh.

It’s not enough to care about your subject; although, in common with other TED speakers, I care deeply about mine – how a strengths approach transforms organisations and changes lives. Once you’ve chosen the central idea for the TED talk, the challenge is to decide the best way to convey that idea. I spent a couple of weeks playing with different possibilities before I settled on one and set to work crafting it into something worthy of TED. My talk was called The Strengths Revolution: How great organisations select great people.

The whole thing was a fantastic learning experience but much more complex and challenging than I could ever have imagined. Here are three things I learned from being a TEDx speaker:

1. Writing a TED talk is unlike any other kind of writing. Of course I knew the written manuscript of my talk had to work as a piece to be spoken, with no notes and no auto-cue. But I didn’t realise how tough it would be to get the flow absolutely right, so that I wouldn’t lose my thread and my audience wouldn’t get lost. Every single word has to count and every phrase must flow meaningfully from what comes before and into what comes after.

2. A great TED talk takes many hours of preparation over a period of months. There was the writing and re-writing which took weeks. But then came the practice and rehearsal. I rehearsed every time I got in the car. I rehearsed in the shower. I rehearsed as I walked. I practised alone and in front of people, including a professional broadcast journalist and two different groups of friends. I was looking for feedback about where they lost my thread or got confused, and about my delivery and passion for my subject. In total it took me about 10 hours to prepare the script and 25 hours of rehearsing.

3. A TED talk teaches you to find ways to access your passion even when you’ve practised the hell out of it. I learned this is what great actors and musicians do, that they respond to the piece they are performing afresh each time. I found it hard to feel and convey my usual excitement about my subject (even though I’m completely passionate about it), when delivering words that I’d been rehearsing over and over again for weeks. And I realised, it’s even more challenging when the nerves and adrenalin kick in, because, believe me, they do when the word TED is popped into the equation. The trick is to really feel your passion in the body (especially the heart), not just speak it from the head.

TED has transformed the art of public speaking. And it has done so because the bar to TED success is very high. And doing a TED talk has shown me exactly how high it is. I have never considered myself to be the greatest speaker, but I usually get positive feedback on my style, with people saying I speak in an accessible, conversational way, from the heart. But my TED experience demanded much more of me. It challenged me to raise my game and to find ways to stretch myself in the direction of my strengths when public speaking, in order to shine on stage in spite of any weaknesses.

Was I happy with my performance on the day? The truth is I wasn’t as great as I wanted to be. But now I’m even more determined than I was before. I want to be able to communicate like the best TED speakers, because it will help me make more of a difference in the world. The Strengths Revolution is an idea worth spreading. I have to do it!

I’ll let you know how I get on.

Chris Anderson, Head of TED, has written this excellent book on public speaking. I can’t recommend it highly enough.

Sally BibbDirector, Engaging Minds
Sally Bibb is the author of Strengths-based Recruitment and Development: A Practical Guide to Transforming Talent Management Strategy for Business Results and The Strengths Book: Discover How to Be Fulfilled in Your Work and in Life, and is a leading strengths expert.
July 6th, 2016|spreading word of the strengths revolution|