Win hearts and minds with strengths (my book launch speech) 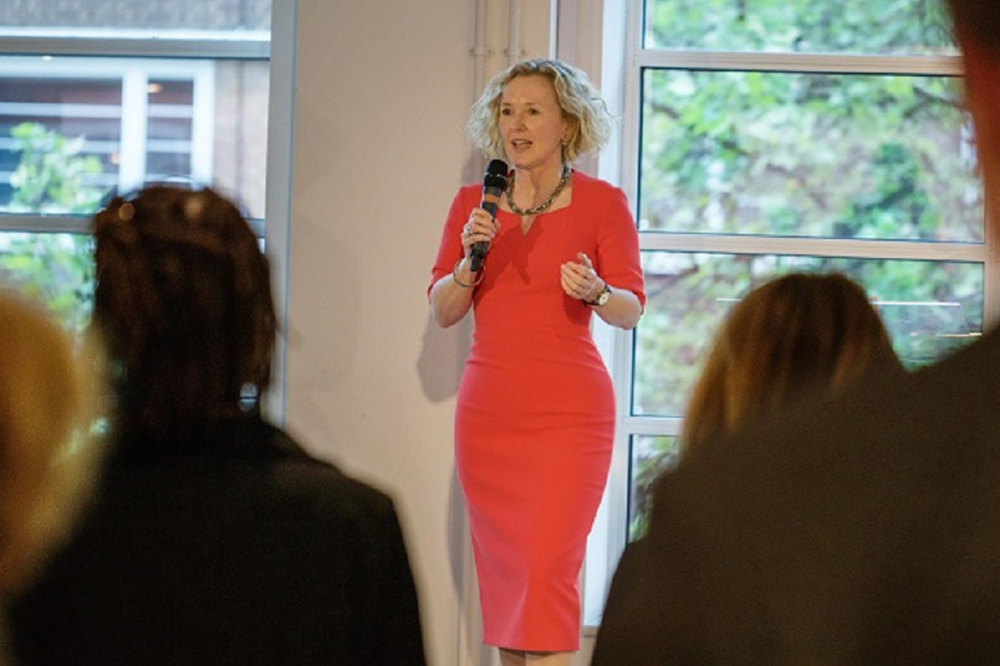 I want to share with you the speech I made at the launch of my new book Strengths-based Recruitment and Development. Nearing 100 people gathered in the iconic Foyles on the Charing Cross Road, London for the launch, and this is what I said to them:

Ladies and gentleman, let me ask you how much you think British businesses are losing in staff turnover in a year?

You’ll no doubt tell me the economy is doing quite well, and that many businesses are too.

But you know what, they could do much better. Better by almost £4.2 billion pounds a year.

Let me repeat that, £4.2 billion pounds a year – that’s what it costs them in staff turnover.

So imagine how much better they could be doing, if they kept their people.

What’s more how much better would they be if they hired the RIGHT people for the right job?

So who is getting it right and why?

Before I give you the answer… let’s look at two things:

Firstly, why companies in retail, healthcare, hospitality, media, advertising are losing so much. Why does staff turnover cost so much?

Secondly, how and why does it happen?

Think about disruption to service, cost of recruitment, interviewing cost and time, loss of productivity when jobs remain unfilled and lack of continuity of service for customers.

Some of the clients we’ve worked with had turnover of up to 70% a year. They were employing a lot of the wrong people.

But why are some organisations appointing people to the wrong jobs in the first place? There are 3 main reasons…

Do we really want to hire people based on pot luck?

One – they ACCEPT high turnover as a fact of life.

Two – they’re ANXIOUS about it, but don’t know what to do differently, so they put up with it.

Or three – which let me tell you, is catching on like wildfire – is they AGITATE. There are some pioneers out there who are radically altering what they do and, do you know what – it’s paying off. They’re not part of the bunch that’s losing £4.2 billion.

But here’s the thing, the AGITATORS started off being ANXIOUS. You can find out what happens to them in my book – they challenge and succeed.

And some of them are here tonight: Lynda, formerly Saga, now PHS Group, Nick from Saga, Kevin from the AA.

The difference is that you wanted to do something about it.

You wanted people who delivered great service every day.

You wanted to improve performance.

You wanted to save the money.

And in the case of Debbie, you were passionate about the best possible patient care by appointing the RIGHT nurses.

They’re clear about why they want to change.  Their powerful stories are all in my book.

By choosing people who are naturally good at, love doing and are energised by their jobs. People who are round pegs in round holes.

Let me tell you about a guy called Dave. In the spring of 2011 when I met him, he was a senior director of a financial services company. His company was losing money every day, just because it couldn’t get recruitment right. His staff turnover was 65% and customers were getting fed up with their level of service.  I met him at a point where he was exasperated, desperate, thought he had tried everything and didn’t think anything could be done.

This level of turnover was costing the company millions and his team was stressed out.  Do you know what he said? I’ll never forget it.  He said,

“I honestly don’t think it’s possible but if you can reduce our turnover I will be forever in your debt.”

So what did our strengths-based method do for him?

Six months later his staff turnover had halved, and now, five years on, it stands at 17%.

From 65% to 17% staff turnover has put millions onto his bottom line… and when you walk into his offices now, the positive buzz of lots of people doing what they love, is striking.

Dave’s story is not unusual – neither are the results they get when clients change to our method.

You can read about others just like Dave in the book.

Clients are always amazed at the results.

The agitators are being rewarded by results like these.

Ladies and Gentlemen… one of them put £4.5 million onto the bottom line in two years!

Not only is it just saving and making money but it’s catching on because of how a company changes radically, how it affect employee engagement, when it’s full of people who are in the right job.

Have you ever been in the wrong job?

Have you ever sat in an appraisal year after year when you keep being given the same feedback on what you need to improve? Despite your best efforts the same topic keeps coming up each year.

Maybe you were offered training or coaching but that didn’t help much.

Imagine if that’s what Manchester United had done to David Beckham?

Would he have been the world-class footballer he became, if they’d tried to make him into a defender instead of using his true talents?

I certainly know how it feels to be in the wrong job.

So what happened to me?

I’d just graduated. It was the 1980s. I was working for BT International with a great view from my water-side office in Southampton.

I was responsible for crewing the cable ships that went all around the world installing and repairing submarine telecommunications cables. I loved it. I could solve problems, be creative, get to know people from different cultures. I got a buzz every time I watched a ship sailing away, knowing I had crewed that ship with the right mix of people for the mission they were going on.

I did so well – that I was promoted. But it was then that everything went wrong for me. Day in and day out I was sitting researching information for trade union negotiations and creating spreadsheets. I couldn’t understand why I hated my new job. But I knew I wasn’t motivated and I just did an OK job not a great job.

At the time I thought… surely BT couldn’t get it wrong? It must be me.

It took me ten years to work out what happened.

It was at a conference when that I learnt about the psychology of strengths, and how it could revolutionise the work place.

Then the light bulb moment – I was not playing to my strengths. In fact, I was spending most of my time trying to work round my weaknesses.

I was a square peg in a round hole.

So here I am today with the culmination of all I have learned from my own experience and that of global businesses who become agitators and are willing to change. They tell their stories first hand in the book.

Ladies and gentlemen, here’s the thing. We know from neurobiology that we are who we are, by the time we’re in our mid-teens. But too many organisations are trying to make us into something we’re not.

The agitators have clocked what this simple switch in thinking means. They are way ahead of the game because of it.

The strengths movement has come of age.

Engaging Minds’ success, is proof of that. It’s wonderful to see so many organisations agitate and embrace a different way of choosing staff. It’s a ‘win-win-win’. Staff are happy, shareholders are happy and customers are happy.

Lynda Greenshields (former HR Director of Acromas Group) said, in an interview for my book, about why she placed strengths at the centre of her HR strategy,

“If your ambition is to make a difference to your organisation’s performance, a strengths-based approach to recruitment or development will achieve that. If you are seeking something that wins hearts and minds there is nothing better than strengths. And if you want to leave a legacy of a culture that’s inspiring and positive to employees and customers then a strengths approach will do that.”

I was delighted when Kogan Page, one of the world’s greatest publishers, saw the need for this book.

The book is half ‘how to’, and half ‘real life’ stories of success.

My reason for writing it is to rally other pioneering leaders.

It’s vital, not just because it improves organisations but because, it improves life for all of us.

So friends, if this makes sense to you…

If you know anyone

PLEASE tell them about the strengths movement. It’s transforming organisations and changing lives.