Becoming an entrepreneur: reflections on being shortlisted for UK Business Awards 2016 ‘Inspiring Entrepreneur of the Year’ 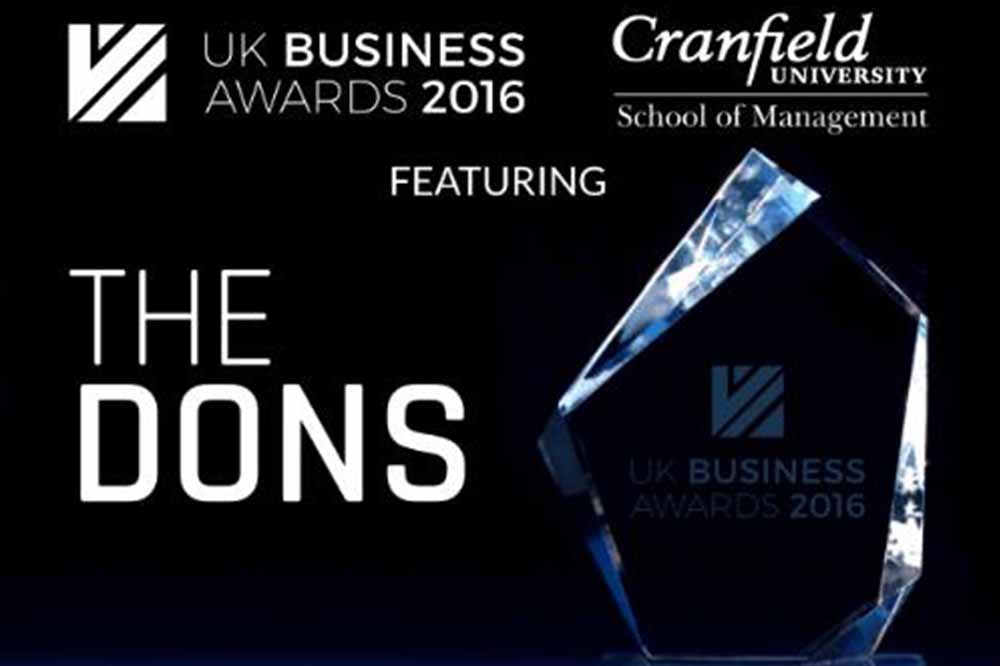 Last week I was shortlisted for the 2016 UK Business Awards ‘Inspiring Entrepreneur of the Year’. I was thrilled to be named a Finalist and it got me thinking.

I can’t know what criteria the judges use to compile the shortlist, but I’d like to think they might consider three areas that have been significant in our work at Engaging Minds: risk, responsibility and reward.

I’m not talking about the risk involved in leaving the security of a good job in the corporate world, although that was the start of entrepreneurship for me. I mean the risk of consistently choosing to tackle head-on some of our clients’ most difficult challenges, rather than starting with their easier ones. We have always had the belief and courage to go for the most impactful outcome for our clients. I remember one of the first times we trained a group of strengths-based interviewers. It was at Starbucks, and we chose to begin with a group of their store managers in London who were non-native English speakers. It sticks in my mind because we absolutely picked the most challenging scenario first — if those guys could grasp the method and use it then we knew it would work for everyone. In truth, we weren’t sure how our very different approach to interviewing would work for people who spoke English as a second language. In fact, it worked brilliantly for them. The group ‘got it’ and loved the approach. But we didn’t know they would, and neither did the client.

A couple of years later, I found myself talking to a director in a financial services company who was desperate because his staff turnover was so high and customer service was suffering. He needed it fixing and quickly. I said, ‘Tell us which contact centres have the highest turnover and we’ll start with those.’ I wanted to tackle the most difficult area first as that was the area with the biggest potential. Somebody else suggested we should start with the easiest and build up to the seemingly impossible challenge. But I said, ‘No.’ That didn’t feel right to me. I knew we had to be brave. I wanted to make a difference in the area that was causing him most pain.

I did the same again when we worked in the care sector; we piloted the strengths approach in the most problematic regions.

I realise now that I wanted to (a) take on the problems that mattered most to our clients and (b) prove that our approach was robust enough to work in and for the toughest situations. In order to do that we have had to be prepared to put ourselves and our reputation on the line. I think that entrepreneurialism means having the courage to take risks that others don’t, in the belief that you can make a big difference.

There is a great weight of responsibility in our work at Engaging Minds, because our clients are looking for a big impact in performance. But it’s not just that. Our work means the difference between someone being in a job in which they are happy and thriving and being in one where they are a square peg in a round hole (and therefore often miserable and under-performing).

This responsibility hit home for me when we did our first piece of work in the social care sector. I will never forget sitting working on a carer strengths profile. A colleague and I had spent several weeks with carers all around the country. I could not have previously imagined what a carer’s job was really like. It’s tough and demanding and matters so much. The responsibility I felt to make sure that we got the profile ‘right’ sat very heavily indeed. Our client would be using it to recruit people who would be looking after elderly and vulnerable people. I don’t think I had ever done a piece of work that mattered more.

The truth is that a huge sense of responsibility is present, whatever profile we work on, because people will be appointed, or not, according to whether they fit the profile. Customers will be served by people who are employed because they match the profiles we develop. Patients will be looked after by people who are appointed against our profiles. It matters.

Maybe the UK Business Award judges see the great responsibility involved in telling companies what profile makes high performance in each role, and in having them switch their entire selection process accordingly.

First and foremost, I’m talking about the reward (financial and otherwise) that our clients have experienced by working with us. They save money, yes, and sometimes millions. But, as one CEO said to me recently, “financially and emotionally it makes sense” – he was talking about why his organisation had chosen to work with us to transform their approach to selection and performance. And, he had been telling me about the emotional cost to his people, and their families, of them being in the wrong job.

When I go before the UK Business Awards judging panel in November, I will be talking about how rewarding this work is for my team and me. It’s incredible to know that thousands of people are now in the right job for them, and happier and more successful because of our work. Making a difference in the world is something I have always wanted to do. I didn’t set out to be an ‘entrepreneur’. And I don’t know if I’m a born entrepreneur. However, what I can say, hand on heart, is that I have been prepared to take all the risks involved and shoulder the responsibility of launching a new concept into the market, in the hope that I could make a difference to many people’s lives. That ‘difference’ will be always be the reward that matters most to me.

Sally BibbDirector, Engaging Minds
Sally Bibb is the author of Strengths-based Recruitment and Development: A Practical Guide to Transforming Talent Management Strategy for Business Results and The Strengths Book: Discover How to Be Fulfilled in Your Work and in Life, and is a leading strengths expert.
September 16th, 2016|awards for Engaging Minds strengths work, spreading word of the strengths revolution|